By his own admission, working in the security sector for the last 25 years has been incredibly fulfilling for Paul Harvey, who continues to meet and engage with talented individuals in both the public and private sectors thanks to his new role at Ward Security. Here, he charts his career development path, outlining the need for continual learning and precisely why becoming a Chartered Security Professional is so important

LIKE MANY others, I never thought I would carve out a successful career in the security business sector. It was always a possibility, as my father owned and ran his own security business from the middle of the 1980s, but that wasn’t the plan I initially had in mind. I aspired to be a professional cricketer for Essex County Cricket Club. Unfortunately, injury led to that desired avenue closing unexpectedly and my professional contract came to an end.

Nonetheless, the whole experience taught me a great deal. I was surrounded by some of the best players in the world and came to the conclusion that, even when you’re one of the best practitioners in your chosen profession, it’s never too late to keep on learning and improving. I also realised that hard work can always outperform lazy talent, while a team can achieve more when it’s balanced and imbued by a unifying purpose.

Further, success is realised if everyone has a clearly defined role and knows their role. Strength-based leadership will always focus on the positives. If you’re a leader, communication is important. Different people have different needs. Everyone is unique and leaders need to remember that.

In addition, I learned that I respond well to feedback and coaching and acknowledge that I can always improve. I’m fiercely competitive and like to win. I’m driven to be the best at what I do and be part of the best performing team. Finally, but importantly, I learned that form is temporary, whereas class is permanent. These lessons, values and personality traits have remained with me throughout my subsequent career in the security business sector.

With a long professional cricketing career no longer an option, then, and having left St Mary’s University in 1995 with a BSc (Honours) degree in Biomechanics and Physiology, it was time to find a job. My notion was to take the summer off, speak to some professional football and cricket clubs and see if I could somehow remain in the sporting domain. My father had other ideas.

As things transpired, I was given a week’s holiday and then told to report to the Capitol Group plc, where I would find out what my new job was to be. In my head, this was only ever going to be a short-term assignment until an exciting opportunity came along.

I had already enjoyed a gap year and worked in the family business, doing everything from washing cars through to stocking and issuing uniform and then progressing to on-site security. I found out very quickly what it was like to live for a week in an old caravan in the car park of a major food retailer and work 12 hours on, 12 hours off and also how it felt to spend 14 hours straight on my feet (admittedly with two 30-minute breaks as part of the mix). On the night shift, the time between 3.00 am and 5.00 am was the point at which you’re fighting to not fall asleep.

I travelled to a wide range of places and met a variety of people. I spent time in the central Control Room and also helped out with staff vetting procedures, quickly deducing how difficult, frustrating and time-consuming it can be to check someone’s work history.

Most of all, though, working in security was enjoyable. There were some great characters in the business. At the time, I didn’t appreciate that I was learning so much and establishing the platform for a future career.

Arriving at the Capitol Group plc, I was given the keys to a Peugeot 206 diesel and informed that I was now a recruitment officer. I fulfilled that particular remit for around 18 months, regularly covering 1,000 miles every week. I saw a lot of the country and places that I would never have otherwise visited, all the while learning to deal with different people from a range of backgrounds. As things turned out, this experience would stand me in very good stead.

When that 18-month period came to an end, I informed my father that, although I greatly appreciated what he had done for me, I was going to look at returning to the sporting arena. His response? “That decision has taken longer than I expected it would. Have you thought about moving into sales?”

The answer was in the negative, but I knew the sales team had fun, an expense account and, usually, better cars than everyone else so on the surface it seemed an interesting prospect. My father had always been a great salesman himself and made the task of selling look very easy. I determined to give it a try and absolutely loved it. The chase, the competition, the teamwork, the sale, the win. It appealed to me on so many levels then and still does to this day.

There’s pretty much no job in the security sector that I haven’t done myself. As a result, I will only ask security personnel to do something that I would do. That initial grounding and experience was critical in terms of how I’ve since approached designing solutions for clients.

Capitol Group plc was eventually bought by Carlisle Group plc, which continues to this day under the Carlisle Support Services branding. In fact, we bought 15 businesses inside three years and grew from a £10 million operation to hit the giddy heights of £85 million fairly rapidly, in turn becoming one of the largest companies in the UK at that time.

From my own perspective, I had always seen the benefit of professional bodies, Continuing Professional Development (CPD) and formal qualifications. I understood from a very early stage that credibility is important in a business sector that hasn’t always enjoyed the best of reputations. Likewise, I fully understood that if I was better qualified and certified than my competitors, this would be better for existing and potential clients. I enjoyed CPD and became a specialist in retail, maritime, aviation and logistics security.

Subsequently, I joined The Security Institute. I have one of the lowest membership numbers and over 25 years’ membership now behind me. I’ve always valued the credibility that being a part of The Security Institute brings, the focus on personal development and, perhaps most important of all, the professional network that it has created for me. The power of a network, and the ability to deliver solutions through an extended cohort of recognised experts, should never be underestimated.

On leaving Carlisle Support Services, I then joined Regent Group, itself a small family-run business. The agreement to join was based on being able to launch a management buy-out, which I successfully did. Business was great and we were laying the foundations for a successful future, but then the economy’s financial collapse happened.

The company continued to perform well, but we became a victim of the working practices of one of the major banks and our funding was withdrawn. With a couple of major customers slowing down payment, we went from being profitable and financially sound to administration in less than 48 hours.  The administration decision was taken to protect the people who worked for me.  Within a week, we had found a buyer and, as part of the deal, I joined Emprise Services as managing director of its dedicated security services division.

You learn a lot about yourself and other people during difficult times, far more so than when things are going well. I was in my mid-30s and everything had been turned upside down in a very short period. I rapidly discovered that I’m resilient. I’m a fighter. When there’s a crisis, I remain calm and find a way through the problem. I wasn’t going to allow myself to feel like a victim and never have done. I’m not afraid to talk about what happened and what I learned. I did what was within my control. It was certainly a very steep learning curve. The whole experience changed me in some ways, and I will never forget the lesson that cash is critical in the security sector.

At Emprise, I duly progressed through the business to the role of chief operating officer, moving towards executive and strategic roles. It was at this point that I was approached by the CEO and owner to join Ultimate Security.

As well as working on strategy, I moved back to a more growth-focused role.  In just a few years, we grew the business from £40 million to £80 million-plus with a clear focus on central London. Both personally and professionally, this was a time that I really enjoyed. Here was a successful and profitable business that secured some of the most iconic landmarks in the capital.

Importantly, this was where I learned the most about genuine ‘security’. Corporate security, risk management, preparedness, counter-terrorism, the public realm and customer experience are critical in a London-centric business.

Moving to a plc

Ultimate Security was sold to Bidvest Noonan in late 2017, and with it the move was made from a privately-owned business to a stock market-listed plc.  Taking on the role of managing director at Ultimate, I was also an executive director of the UK and Ireland business focused on strategy and growth. The time spent with Bidvest Noonan was enjoyable and I met some great people.

I’ve known David and Kevin Ward for around 15 years now. We had enjoyed a few conversations in the past about working together and, in January 2020, I joined the business. Ward Security is a fantastic company. I couldn’t have hoped for a better new home. However, COVID-19 then appeared, fundamentally changing the world around us. Undeterred, the way in which the business has performed and behaved in this most unusual of circumstances has been nothing short of exceptional.

Ward Security has a strong ethos of personal development. With the time and space to focus on some CPD, this reminded me that I had begun the application process to become a Chartered Security Professional (CSyP). Lockdown provided me with a fantastic opportunity to dedicate the time needed and focus on gaining CSyP status.

It’s a robust and challenging process and Di Thomas (manager of the Register of Chartered Security Professionals as well as The Security Institute’s CPD programme) was fantastic in supporting me through the application stage. The interview team members, now necessarily conducting that process remotely, were necessarily challenging in their questions, but supportive in their approach. To mean something, the process absolutely must have integrity at its heart, and it most certainly does.

Once of the final questions the interviewers asked me was: “Why CSyp?” I’m a great believer in the professionalisation of our sector, formal accreditation and formal verification of capability. From a personal standpoint, it has been rewarding to be elected to the Register and enjoy the credibility that goes with that, but I also hope it encourages my peer group to follow the same path, commit to CPD and be acknowledged as experts who are proven to be competent and capable of protecting people, places and property. 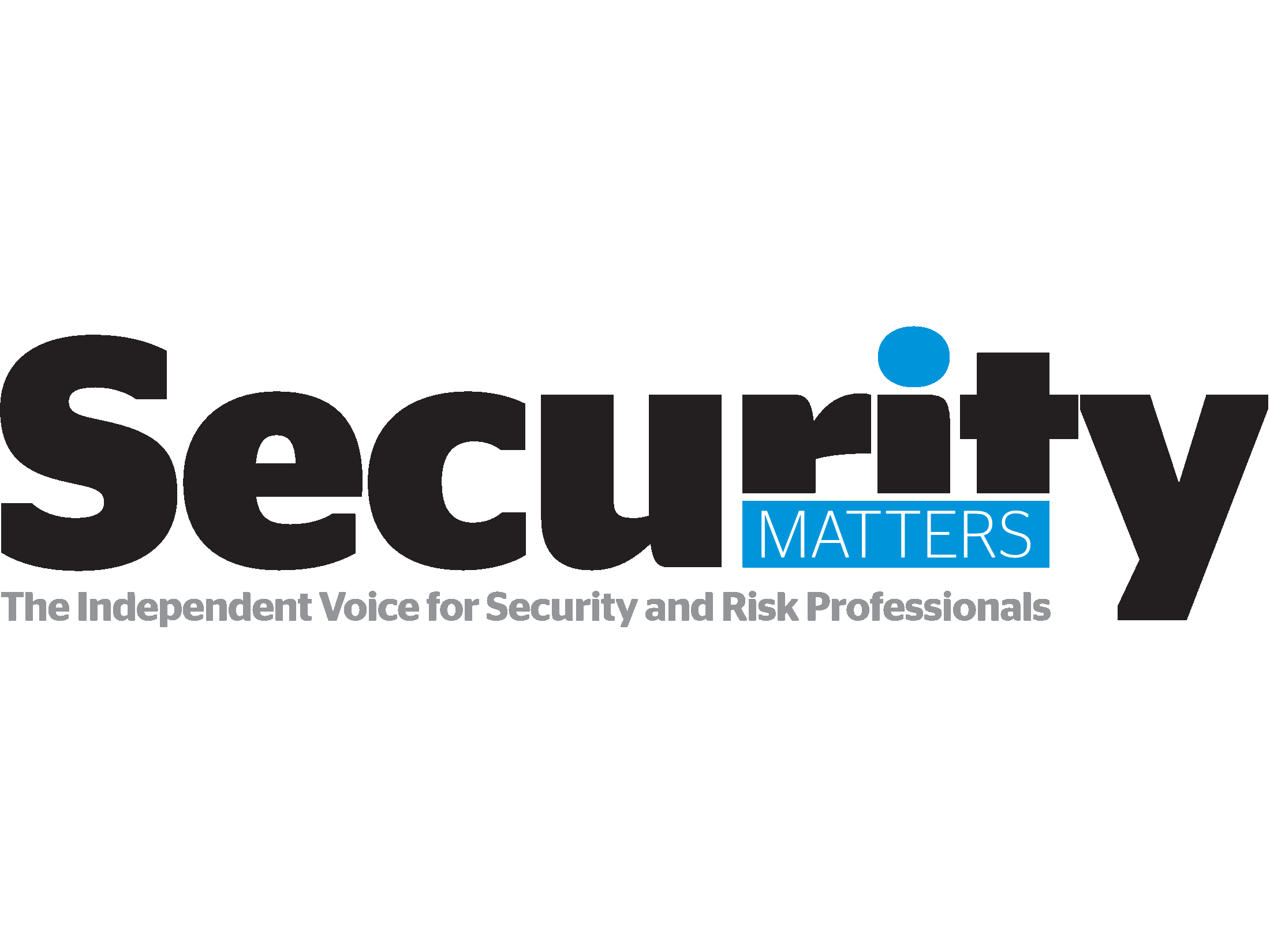